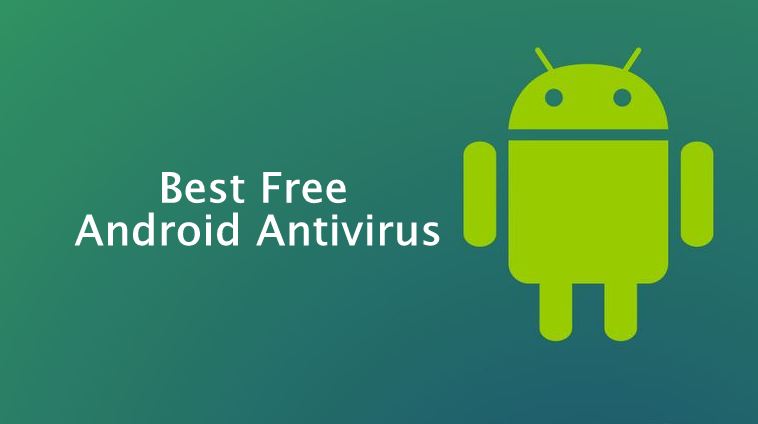 The presented review will serve as a high-quality and reliable guideline in a motley variety of useful and not very mobile antiviruses. But even among this concentrate of the most worthy programs, you need to make your choice, because you can’t install all 15 described applications on a smartphone. To do this, you just need to devote a little time to compare the characteristics of each specific antivirus described in the overview with your needs and/or ideas about the level of security. Let’s briefly consider the main selection criteria. In this article, we will give you a complete guide about the best free antivirus for android in 2020.

How to choose the best antivirus

In professional parlance, this parameter is called “detection rate,” and it is the most important in any anti-virus application. The essence of the detection rate is to demonstrate in percentage terms the ability of antivirus to detect real and potential threats. This is not only about detecting infected files already in the system itself but also about the ability to prevent such a file from leaking from anywhere – from the Internet online, by e-mail, from someone else’s or own flash drive, etc. You can find out this figure in the published test results, which are carried out by specialized organizations like AV-Comparatives mentioned above. The same applies to other important parameters, which will be discussed below.

In the context of antiviruses, this term means several things at once: speed of operation, consumption of electronics resources (processor time, memory), share in energy consumption. Simply put, it is highly desirable for the antivirus to work quickly, consume as little battery power as possible, and not overload the system. The lack of such an opportunity could still be experienced if you run the antivirus from time to time. But in modern realities, for normal protection, it is necessary for the antivirus to work all the time in the background. And that is why the listed requirements come to the fore.

It is a secondary criterion, but if there is a choice between two antiviruses with the same percentage of detections, then in the overwhelming majority of cases, the one that has additional useful functions will be preferred. It can be anything: the Anti-theft function to block a stolen smartphone and/or destroy information on it; blocking unwanted calls and messages from spammers; backup; encryption, parental controls, and more.

The first and most extensive selection in Expertology’s review of the best antiviruses for Android presents applications distributed on a commercial basis, to put it simply, paid. However, many paid antiviruses have a free version, and some of them may be quite sufficient for a fairly wide range of users. We will specifically indicate the availability of more or less workable free versions as part of the analysis of each application.

The Kaspersky Internet Security mobile application offers two types of licenses – Free and Premium. The first, as you might guess, is free, but at the same time, it is one of the most functional in comparison with other antivirus studios. There is, in fact, only one fundamental difference – a free program must be launched manually, while a full-fledged paid program runs in the background and monitors all threats continuously.

A complete program, where there are no restrictions, includes the following basic work modules and functions:

To detect threats, the application takes as a basis all the available databases of viruses and malware, uses complex, including exclusive algorithms to determine the potential threat from applications and modules not contained in the databases. An interesting and useful additional function is “Anti-theft.” With its help, you can remotely block a wearable gadget with Kaspersky Internet Security installed, determine its location, take a photo and send it to a preset email address, or even turn on the siren through the loudspeaker if it suddenly turns out by GPS that a smartphone or tablet is still somewhere nearby.

There were times when Kaspersky Anti-Virus was synonymous with an exorbitant load on all systems and the corresponding gluttony in terms of electricity. But those days are over, and this certainly does not apply to Kaspersky Internet Security for Android.

READ  NetBaseQuid: A Guide on How Brands Can Leverage Social Media Audits

The program works smartly by itself and does not interfere with the work of other applications. In the latest rating of the best antiviruses according to the organization’s version, AV-Test received the highest score of 6.0 in all three main criteria: threat detection, false positives, and performance.

The review is continued by another top winner of the AV-Test rating, which received the highest marks – antivirus Bitdefender Mobile Security. In terms of its capabilities, it practically does not lag behind the eminent “colleagues in the shop” while having a noticeable advantage – the minimum resource intensity. The application is a comprehensive toolkit that includes functional modules aimed at protecting confidential user data, maintaining software subsystems, preventing ransomware lockers from taking control of a device, and much more. Also, here we see subsections with additional functionality.

The most requested features are largely the same as those of other leaders on the antivirus front in the Android software market. Bitdefender Mobile Security performs a detailed scan of each installed application, not after installation, but in the process.

The latter is a fairly popular and demanded solution that allows you to restrict the ability to launch selected applications by setting a launch password. For the feature to work, the Bitdefender Mobile Security process must always be in the background and not disabled. So, the Anti-theft feature is almost the same as the applications described above. The rest of the typical Anti-Theft features are present. The only systematic negative feedback they receive is the poor performance of the support.

The next item in Expertology’s extensive selection of the best antiviruses for Android is the mobile version of the well-known McAfee security suite, which got its name from the name of its own creator, John McAfee. This seeming “secondary” did not prevent the application from getting the highest marks in the last testing by the AV-Test studio. Cross-test carried out by Expertology specialists confirms the high results.

The software package is provided in three versions – Free, Standard, Plus. The most expedient option from the point of view of anti-virus protection and minimal costs is Standard. In addition to checking content “on the fly,” McAfee Mobile Security allows you to check the system for “settled” viruses, clean when detected, establish secure connections using the built-in VPN. So, the developers paid special attention to the security of wireless connections – added WiFi scanner functions, control of the security of WiFi connections, protection against phishing, and other functions. In addition to directly protecting against viruses, McAfee Mobile Security offers a rich toolkit for other ways to protect data.

What’s more interesting about this product is its performance. This article received the highest AV-Test score for a reason. Not only is the program itself not too gluttonous in terms of system resource consumption, but it also provides the user with a set of tools and tools to optimize the system, including battery consumption, and improve the performance of a smartphone or tablet as a whole. McAfee is the best free antivirus for android in 2020.

Let’s start with one of the most famous free antiviruses – AVG best free antivirus for android. Other products are also released under the AVG brand, including antiviruses for PCs, including paid ones. The difference is that AVG AntiVirus FREE is not a stripped-down AVG AntiVirus Pro – it is a separate product, and even the manufacturer itself positions it separately. The free version offers basic functionality and additional add-ons to it. At the same time, the basic functionality itself is already more interesting than the free version of Kaspersky Internet Security. There is not only memory and file folder scanning, but also continuous background work.

READ  How to give an Amazon voucher

Thus, the antivirus will stop openly malicious or even suspicious files even before they are fully loaded, let alone launch. The background work of the application consumes moderately resources and does not significantly affect either the overall speed of the gadget or the discharge of the battery. Through it, you can conveniently and transparently manage processes and monitor the security level of not only Android devices but also other computers and gadgets in a certain field of consumer influence (home PC, laptop, tablet, etc.) AVG Zen is not a unique solution like centralized “portals” that are found in McAfee antiviruses and other similar software products. However, AVG has managed to implement this idea in a, particularly elegant way. In addition to basic protection features, AVG AntiVirus Free offers a little extra.

As the second issue, consider another antivirus with a well-known name, which is closely associated with free distribution. Actually, Avira Antivirus Security is not only an antivirus but a small complex for Android that can protect the system and personal data from a variety of threats. Similar to the previous solution, this free application is part of the entire ecosystem of Avira products for a variety of platforms. So, the complex consists of an anti-virus module, an anti-theft block, and a call protection block. Everything is more or less obvious here: the anti-virus part of the application constantly monitors the state of the system and what content is passing through the communication channels and through the device memory at each moment of time.

So, you can run a separate scan. A function similar to “Anti-theft” – as in most of the described applications, is able to locate a lost smartphone and remotely perform certain actions with it to protect data – block, if it is lost unlocked, destroy confidential data if someone illegally took possession of it. Call protection means easy management of blacklists of phone numbers with blocking of incoming voice calls and text messages. The best free antivirus for android Avira Antivirus Security can also detect other types of threats, not necessarily viral. The program effectively detects and removes spyware, unmistakably “brings to the surface” seemingly harmless applications that collect data too deeply; if the owner wishes, it can block the camera, microphone, or even chats with password access.

A much wider functionality and additional add-ons are presented to the user by another free antivirus with an equally recognizable name – Avast Mobile Security for Android. The program was originally developed as free with a wide range of protection methods and preventive measures to protect personal data. The basic protective functions of Avast Mobile Security are the same as those of absolutely all paid and free mobile antiviruses. Periodic or forced scanning of the operating system, file system, existing applications, and data storage, both internal and external. Most of the activity tracking functions are automatic and do not distract the user. The best free antivirus for android begins to pester with messages only when faced with threats that require the user to make a decision, for example, to permanently delete infected files.

The database is updated with new signatures and “casts” daily. At peak times, new arrivals to the database can amount to thousands a day. So, every month, according to reports, installed mobile antiviruses reflect, on average, about two million attempts to attack client devices. With such powerful information and intellectual support, Avast Mobile Security can easily detect and destroy malicious programs. Their disguised components, as well as “waste products” no worse than paid multifunctional antiviruses. He can handle lockers, routers, banking Trojans, SMS Trojans, clickers, and even fake apps. So that Avast Mobile Security literally “flies” without loading the processor and memory, carefully consuming battery power.

How to Factory Reset HP Laptop

How to Connect Laptop to TV