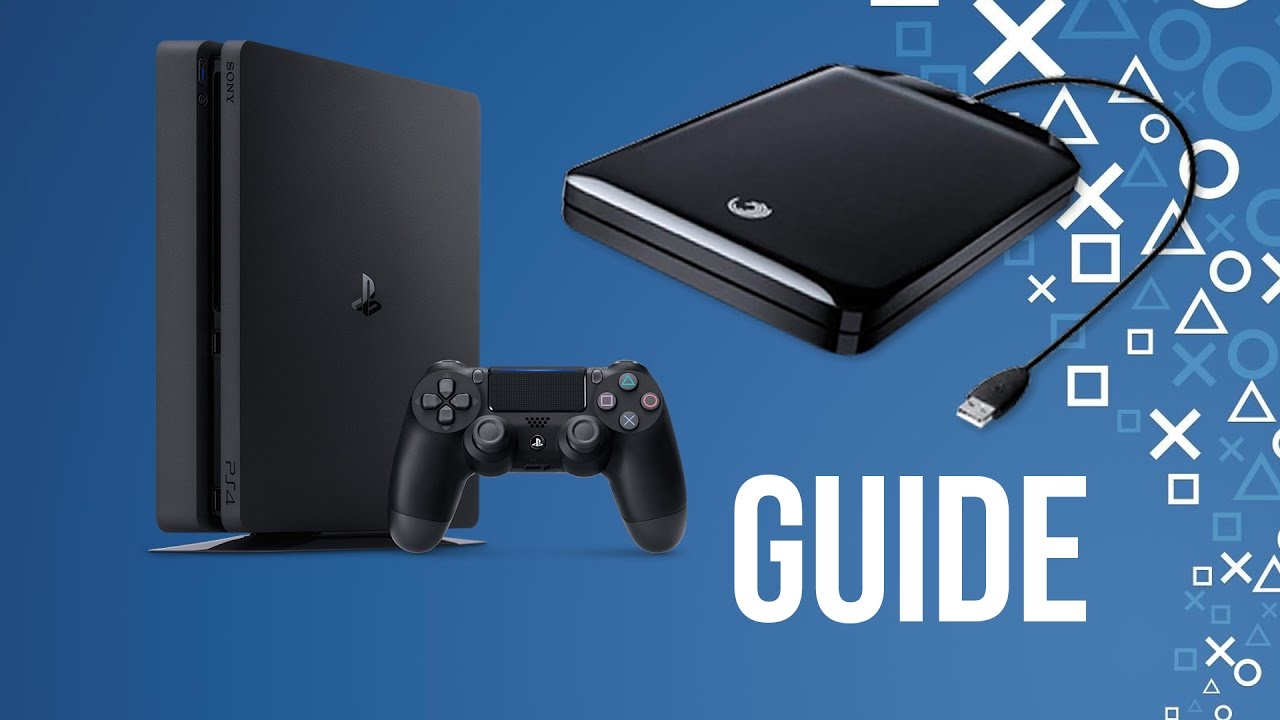 Sooner or later for everyone, the moment comes when we ask ourselves “why did Mr. SONY make the PS4 with such a small hard disk?”
From the time of its release, the PS4 hard drive was only 500GB but at the time of launch the games took up much less space than the current ones, and filling our hard drive was not so easy. Nowadays, games like Red Dead Redemption II occupy 100GB of our precious HD PS4 and it is therefore easy to understand why buying a ps4 external hard drive and/or replacing the internal one has become a necessity for anyone.
As always, between saying and doing there is a guide by Gamers Arsenal because as usual we are in a forest of hard drives to choose from and not all hard drives are compatible with the ps4 and if we really have to open the wallet better do it knowing how.

Depending on the type of player you are, you may not even ask the question. The external hard drive is connected and working in five minutes; the internal hard drive requires a little work but guarantees us lower loading times and a tidier gaming station, but let’s see in detail the pros and cons of the two solutions.

Choosing an external hard drive for PS4 (or SSD, I will refer to both as Hard drive) is the most common and painless. Adding an external memory is as easy as connecting a USB; you have to change some Playstation settings, and that’s it.

Even using a regular non-SSD hard drive, we will have better performance than the original, so most people use an external hard drive for PS4.

One of the main cons of external hard drives for PS4 is that the operating system’s load times are not improved. Another scam that should not be underestimated is that we will have an external component to our Playstation that will risk breaking, being lost, or merely ruining our station’s look.

Let’s see in detail the pros and cons of the most common choice.

So, take the hard drive with you and play on your friends’ consoles. (you cannot transfer games to their consoles)

You can lose it

The dog can eat it

It is slower than internal hard drives of equal quality.

The operating system is not faster as it is installed on the internal hard drive.

Are you a pure PS4 samurai and want only the best for your little one?

Watch this video to get an idea of how to replace a hard drive for ps4:

If you are ready to face these difficulties, then you can reach the top of the PS4 performance, obviously by choosing the correct SSD.

Let’s see the Pros and Cons of the internal solution.

We improved the operating system performance.

You can’t lose it, and the dog won’t eat it.

Although the installation process is not complicated, it takes time and a little manual skill.

You need to make a backup of your data.

You need to reinstall the operating system.

If you have ps4 Pro or slim, you cannot install more than 2TB.

It is more expensive than the external hard drive.

PS4 EXTERNAL HARD DISK: WHICH IS THE RIGHT SIZE?

The regular Playstation 4 supports a maximum external hard disk or SSD of 8TB. The same goes for the internal one and, therefore, a total of 16TB.

The Ps4 PRO and PS4 remote support an internal hard drive of 2TB and an external hard drive of 8TB, so a maximum of 10TB. As for performance, there are no significant differences between movements of the same series but of different sizes, so choose the one that is closest to your needs and budget.

PS4 HARD DISK: SSD, HD OR SSHD WHICH TO CHOOSE

When choosing the type of hard disk for PS4, you must first know the differences between the three types of memory available for our console. Depending on your budget and needs, you can choose the most suitable model.

The Hard Disk is the classic PC memory, in use since the fifties. It consists of a spinning record and has a mechanical arm that moves to read and write data in a particular position, a bit like an old turntable.

This is the cheapest option but also the least performing.

It can be huge

The HDD has moving parts, and this increases the chances of failure.

The mechanical arm having to move to find information is slower than microchips.

Solid State Drives (SSDs) are the best performing technology on the market that can be used with our PS4.

The SSD has no moving components inside but has NAND flash memories with performance up to five / six times greater than a good HD, but on the Play Station, we can get loading times lower than a maximum of 30/40%.

It has no moving parts.

There is no risk of data being overwritten.

They reach smaller sizes than HDs.

SSHD (Solid State Hybrid Drive) memories are a hybrid between the two technologies to reduce the costs of SSDs, which are still quite prohibitive today without having to lower themselves to traditional HDDs’ performance. Inside we will find both NAND Flash memories and the hard drive.

The flash memory, thanks to the memory manager, identifies which files are used most often and always keeps them ready to load, thus reducing waiting times, while the hard disk will continue to do the bulk of the archiving work.

Cheaper than an SSD

Faster than an HD

More fragile than an SSD

Slower than an SSD

Not all files load fast

If you are looking for an internal PS4 Hard Drive but don’t want to spend too much for an SSD, the Seagate FireCuda is without a doubt the solution that offers the best value for money. With an investment of 80 euros you can install a 2 TB Hard Disk with performances far superior to that of a normal Hard Disk.

The FIreCuda is a 2.5 ″ SSHD suitable for both Playstation 4 and PS4 PRO and Slim. So, SSHD, the FireCuda has a hard drive inside where all data will be recorded and an 8GB NAND memory where the most frequently used data is saved.

FireCuda fuses HDDs and SSDs to optimize your performance at an affordable price.

Play up to 5x faster than traditional hard drives

Works like a standard hard drive; 100% compatible with PlayStation 4

It’s not as fast as an SSD

It costs more than an HD

Not all files are loaded at the same speed

The ideal SSD for gaming for both PC and Playstation 4, thanks to an excellent price/performance/reliability ratio, something not so easy to find in the solid-state drive market.

Crucial’s MX500 is one of the few units that doesn’t really have any weaknesses, and with video game files increasingly demanding more space on our consoles’ storage, the 1TB Crucial MX 500 is one of the most popular options among PS4 PRO players.

The MX500 is one of the best performing SATA drives and, perhaps most importantly, it’s also one of the most affordable SSDs. This drive will add speed in loading and also in playing games, optimizing their fluidity, which is a fundamental value for those who play fast online games such as shooters or racing games.

Also Read: How to Wireless Print from iPhone, iPad and Android Smartphone

Beyond 1 TB it becomes inaccessible

For years SAMSUNG has earned the leadership among SSD manufacturers, thanks to the quality and reliability of its products, and the EVO 860 is the successor of the 850, one of the best-selling and renowned Solid State Drives on the market.

Compared to the Crucial MX500 we have a few tens of euros in price difference, but the performance is almost identical, here we pay for the renowned reliability of this SSD line, is it worth the € 20 difference? the choice is yours…

2.5 inch format, great for both PS4 and laptop or desktop computers

Performance may vary based on system hardware and configuration

Beyond 1 TB it becomes inaccessible

An inexpensive, capacious external hard drive for PS4 that we can take with us wherever we go? So, there he is! The Western Digital My passport offers the best value between a quality product among the external ps4 hard drives, with plenty of space for our games (up to 4tb) and an affordable price of 110 € for the 4TB version.The 4TB model measures 21.5mm x 81.5mm x 110mm and weighs 250g. You won’t be able to use it as a keychain. But it’s not much bigger than a latest-generation smartphone, just a little heavier. The 1TB passport is thinner and weighs 170 grams if you want something very portable and if you don’t need a lot of space this is a great solution

The WD My Passport series is, undoubtedly, the best external hard drive for portable PS4.

Are you a PS4 video game collector? Then you need external hard drives that for ps4 that permitting to store up to 8TB and among all those on sale the WD My Book is the most popular solution.

Western Digital My Book is another great compatible external ps4 hard drive. This is a solution for those who need a lot of space on their Hard Disk but don’t need lightning-fast loading as we might have with an external SSD. This external HD is still faster than the original PS4 but bulkier than the WD My Passport we talked about earlier.

Not the smallest of compatible ps4 external hard drives

Are you looking for an economical? But a reliable solution to expand the memory of your PlayStation 4? then the Seagate Expansion is the inexpensive external 2tb ps4 hard drive for you.

Thanks to the USB 3.0 connection, formats ranging from 500gb to 4tb with prices ranging between 53 € and 97 € and a hard drive with good reliability and decent performance, the Seagate Expansion is the best economic solution for PS4 remaining among the reliable and that guarantee us a duration of the discover the years.

There are cheaper models. But this comes at the expense of the reliability of these products. With Seagate, you can sleep peacefully without spending too much …

READ  Which is better mixer vs twitch for streaming

How To Become A Software Engineer

The coolest business tech developments of 2020

For Advertising Campaigns To Be Successful, You Need Digital Marketing

In order for any business to be successful in the current climate, it needs to spend time and effort, on...