So, Indoor palms play an important role in interior design. They are different in height, crown color, and leaf shape. Many need special growing conditions, but there are palms that are not a hassle to care for at home. In this article, you will get a complete idea about the types of palm trees.

The Palm family, or Arecaceae (Palmaceae, or Arecaceae), includes 185 genera, in which there are about 3400 species of woody perennial plants, most of them with unbranched trunks, but there are exceptions, for example, hyphae, or dum- palm, as well as climbing rattan palms, vines from the genus Calamus.

Some palms do not have a trunk; only spreading leaves grow from the root collar. Most of the representatives of these groups have popular names in which the word “palm” appears, for example, banana, snake, milkweed, screw, bottle, Madagascar, cat palm, and others.

Washingtonia (Washingtonia) – this plant got its name in honor of D. Washington, the first American president. However, among the people, it is aptly called “underskirt” because its fan foliage, dying off, does not come off the trunk but hangs in tiers for many years and serves as a shelter for birds, bats, and insects. In nature, it grows up to 25-30 m, indoors it is grown as a tub plant and is kept in greenhouses or spacious conservatories. One of the species is especially popular due to the threadlike “curls” that adorn large leaf plates. Livistona – even at an early age, the fan leaves of this palm are incredibly beautiful. At home, it lives up to its “venerable years” due to its unpretentiousness and endurance. It is named after P. Murray, a Scottish botanist who lived in Livingstone. A distinctive feature of the palms of the genus is the petioles covered with thorny thorns. In total, there are about 30 species in the genus that live in Australia and New Guinea, as well as in Malaysia and Southeast Asia.

The coconut palm (Cocos nucifera) is the only representative of the Coconut genus. In a normal environment, it grows up to 30 m with a trunk circumference of 60 cm. In-room culture, only young plants up to 2.5 m are grown. However, at a young age, the trunk is absent; it begins to form only in 4–6-year-old specimens.

The European palm tree Chamaerops is a typical plant for parks and gardens in the south of France, Italy, and Spain, ideal for growing in urban apartments in temperate latitudes, as it develops slowly and differs in a low growth of the “bush.” It is characterized by deeply dissected fan-shaped leaves attached to elongated petioles, convex on the outside, and evenly covered with thick light spines. There are only one species in the genus, which grows in the natural environment to a height of 4–6 m. 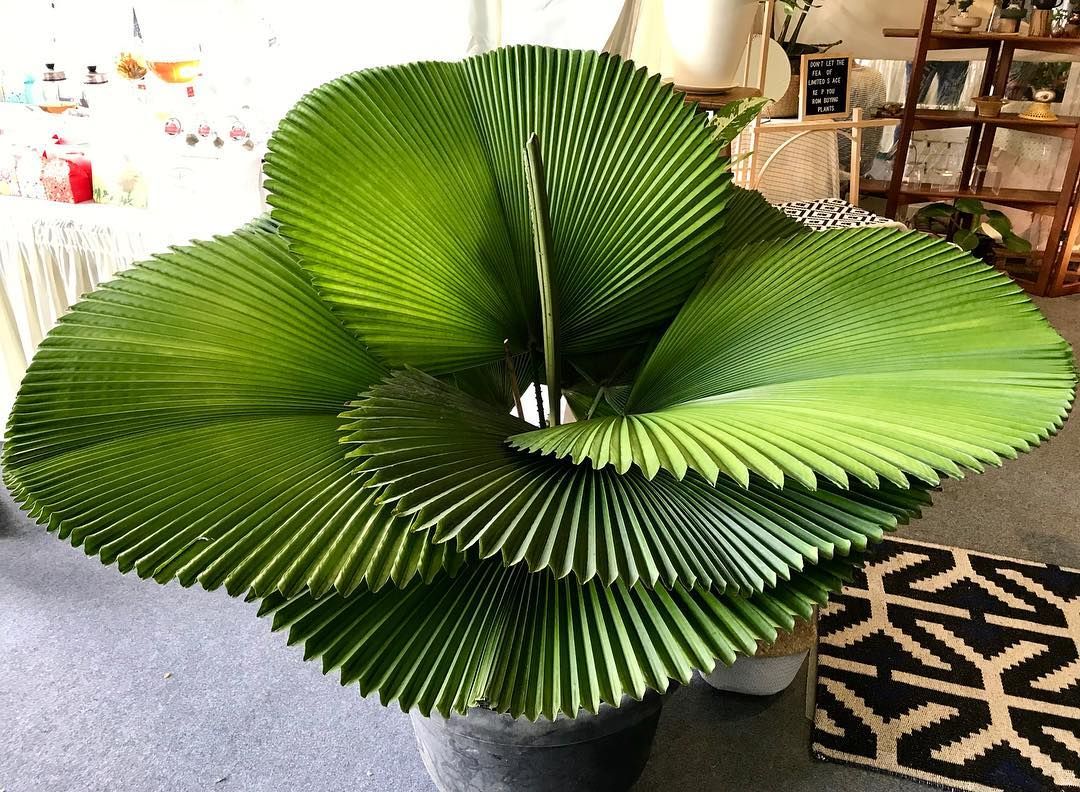 Umbrella palm Licuala is an extensive genus, including more than 100 species of low-growing plants, which rarely reach two meters in growth in indoor culture—distributed in rainy tropical thickets of Southeast Asia, Northern Australia, and Vanuatu. Among the visual, there are both multi-stemmed and single-stemmed trees no more than 3–5 m high. It is easily recognizable by its large, pleated, almost round leaves, reminiscent of Chinese fans, from which beautiful hats are made in Thailand.

The date palm (Phoenix) is a genus of about 20 species of large palm trees about 30 m high with three-meter fan-shaped leaves. It grows in the harshest conditions of the deserts of North Africa, Asia Minor, and the Arabian Peninsula, but only in those places where groundwater rises close to the surface of the earth. For the Arabs, it is a plant and a home and food and all life. They build houses from tree trunks, cover their roofs with leaves, stuff pillows and mattresses, weave baskets and mats, use wood as fuel.

READ  Vegetarian Fast Food: The Revolution Over the Past Decade

The Chamaedorea reed palm is one of the most popular home-grown palms with delicate feathery leaves. It blooms willingly in apartment conditions, even at an early age. Female flowers, unlike male flowers, smell very nice. Most of the hamedorei are low, and sometimes even dwarf, woody plants, sometimes with multiple stems that form shrub thickets, and some species are creeping vines.

Bamboo palm Rapis (Rhapis) is a genus of 10 small fan-leaved palms native to the southern regions of Japan, China, and the island of Sumatra. Thin bamboo-like stems no more than 3–4 m high, covered with felt filaments, branch out with a small shrub at the base. More than its other relatives, it tolerates shading. 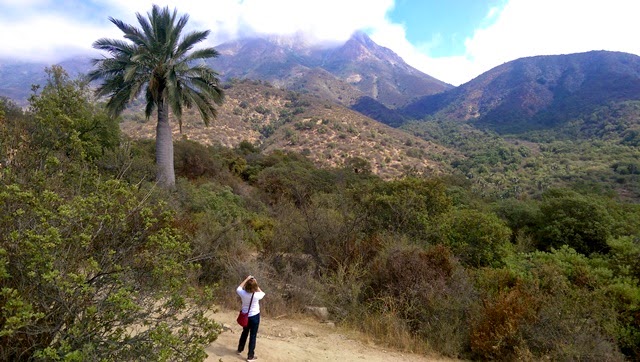 The Jubaea elephant palm – only one member of the genus occurs naturally at altitudes up to 1200 m off the coast of Chile. So, it bears the name of Yuba II, king of Mauretania, who was engaged in botanical research and even left a book about milkweed. The height of the palm is within 15-18 m. The trunk diameter is about 1 m. The crown of 60-100 feathery leaves crowns its crown.

Butia – there are about 20 species of palm trees in the genus, named after the Earl of Bute – Scottish nobleman D. Stewart, who was fond of botanical research. The homeland of plants is Uruguay and Brazil. Most of them are large, slowly developing trees with a powerful grayish trunk and tough feathery foliage with thorns at the base of long petioles.

Brahea (Brahea) – named after the astronomer from Denmark T. Brahe. Home to tall trees with a trunk of 12-15 m is arid mountain regions of Mexico and Central America, including Honduras, Guatemala, and El Salvador, as well as the island of Guadeloupe. Two types of branches grow on the Black Sea coast of the Caucasus.

The fan-shaped leaves are parallel to the line of a smooth or slightly spiny petiole, without bending.

Areca (Areca) is a type genus of the Palm family, consisting of 45 species that grow in the rainy forest thickets of tropical Asia – in the Philippine and Solomon Islands, as well as in India, Sri Lanka, and New Guinea.  Inflorescences are cobs with female flowers located in their lower part, and male ones, closing the apex.

Betel palm, or Areca catechu, is a tall tree from the genus Areca, growing in nature up to 30 m, with a trunk 25-50 cm in diameter. They are distributed in the southern outskirts of China, in most regions of South and Southeast Asia, in East Africa, and Western Oceania Islands. Leaves are complex-pinnate, with pointed lobes 30–60 cm long.

Inside the orange or reddish fruit, the size of a hen’s egg, seeds ripen, called “betel nut,” with seeds that contain alkaloids that can induce a mild narcotic state.

Also Read: How To Get A Small Business Line Of Credit

Palm fishtail Caryota is a colorful plant that cannot be confused with other representatives of the Palm family. So, they say that the famous Swedish botanist Karl Linnaeus identified him only from a small fragment of a leaf sent by one of the travelers.

The characteristic “torn” edges of the leaf blades are a distinctive feature of all 12 species of eukaryotes that grow naturally in Southeast Asia, Indochina, India, and on the islands of the Malay Archipelago.

Metroxylon (Metroxylon) – monocarpic palms, common in nature on the coast and islands of Southeast Asia. The genus includes seven species, represented by single-stemmed trees from 8 to 18 m in height with large paired-pinnate leaves up to 7 m long.

The real sago palm (Metroxylon sagu) is a species of palm trees from the genus Metroxylon that live on the shores of the islands of New Guinea, Fiji, Moluksky, as well as in Malaysia and Indonesia. Fruiting only once in a lifetime, and then die.

Trachycarpus (Trachycarpus) – unpretentious palms, in natural conditions reaching a height of 12 m, are common in the humid subtropics of China, Burma, and Japan. Their distinguishing feature is a tough, fibrous brownish coating that wraps around the trunk. Fan-shaped, deeply dissected leaves are located on the top of the trunk.

There are nine types of trees in the genus; among them, those grown at home do not exceed 2-2.5 m. Some representatives of the genus are frost-resistant and can withstand a decrease in ambient temperature to 12-14 degrees below zero.

The potting mix is ​​very large in stores. But as practice shows, it is better to use it as a basis. Palm trees love moisture and breathable, loose soil. And also had a sufficient amount of nutrients, and the pH should be in the range of 6.3-6.5. That is so that the soil is neutral and slightly acidic.  The different types of palm trees growth depend on soil selection.

False palms include such a plant form, which is characterized by a bare vertical stem and a rosette of narrow belt-like or narrow-linear leaves at the crown. Outwardly, there is a great similarity with a palm tree. But these plants do not belong to the Arecaceae or Palm family but are representatives of other families – Pandanovaceae, Agave, Asparagus.

Yucca (Yucca) – garden or houseplant from the Agave family. So, there are 20 species in the genus, common in the south of the United States and in Central American countries.

Dracaena (Dracaena) is a genus of arboreal or shrubby succulents from the Asparagus family, including, according to various sources, from 40 to 150 species that live mainly in Africa. So, only a few species grow in the southern regions of Asia and only one in the tropical zone of Central America. At home, it blooms extremely rarely. Small whitish-light green flowers in all species, with the exception of one, smell unpleasant.

Cordilina (Cordyline) is a small genus of 26 species in the Asparagus family. So, its representatives live in the subtropics and tropics of the American, Asian and Australian continents. However, among them, there are trees and shrubs with fleshy tuberous roots. The foliage is colorful, with cream or pale pink stripes.

In some pseudoscientific notes, you can find the following statement: if the air is too dry, then the house palm will become a victim of a spider mite. This, excuse the expression, is nonsense. The pests either already exist, or they do not exist at all. Each parasite has its own favorable conditions for development, and there are also not favorable ones. But in either case, it develops – everyone wants to live. So that:

Fighting pests is very expensive and sometimes dangerous to your health, but if it doesn’t scare you, then no rest!

As a result, I would like to note that this fabulous tropical plant is very unpretentious in care. Moreover, it grows rather slowly, due to which it can stand in a room for over ten years. Of course, if the owner knows how to properly care for the palm tree.

Also, read about how to grow mushrooms in your garden bed.

The group of palm-like plants includes species that only vaguely resemble the appearance of representatives of the Arecaceae family. Often these are herbaceous plants or succulents. There is a shrub with fruits that taste identical to dates, but only the folk imagination ranked them as palms.

Hawaiian palm Brighamia (Brighamia) is a perennial succulent from the Bellflower family, endemic to the Hawaiian archipelago. So, the plant has a thick, non-branched stem, reaching a height of 1–2 m, less often 5 m. On its crown, there is a rosette of fleshy, spoon-shaped leaves. So, it blooms in autumn with fragrant, funnel-shaped flowers of lemon or cream shade, forming an inflorescence of 3-8 pieces.

Vegetarian Fast Food: The Revolution Over the Past Decade

Gurgaon has recently become quite a hotbed for real estate development. The popularity of the city’s real estate market can...