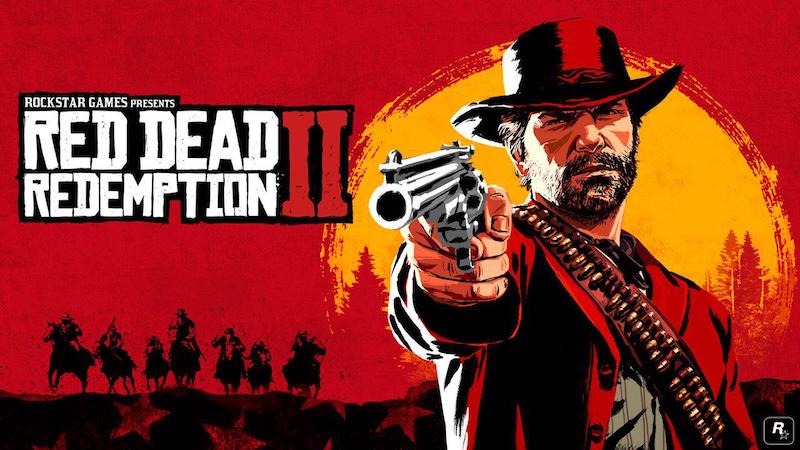 Red Dead Redemption 2 PC Review – It is undoubtedly the best game of 2018. There is a lot of discussion about its pace and all those little gameplay details that some have found inappropriate. Still, the gigantic work of Rockstar Games will remain, at least for a little bit, carved in our hearts as one of the true masterpieces of the current videogame generation. Like everyone else, we were happy to hear the news of the game’s arrival on PC, even if the idea of ​​installing yet another alternative launcher (which is in addition to Steam, Epic Games Store, Origin, Uplay, Bethesda Launcher … we forget it someone?) made us turn up our noses a bit. Here we will give you a complete guide about Red Dead Redemption 2 Pc Steam.

The Rockstar Launcher was one of the biggest obstacles to starting the game. If you have followed all the vicissitudes of the launch of Red Dead Redemption 2 on PC, you will know the launcher, in many cases, it did not want to start the game. The software crashed, making it impossible to start. It was completely useless to try to start it directly from the executable since, in this case, the answer would have been ” Start Red Dead Redemption 2 via the Rockstar Games Launcher “. We obviously returned to this series, and from there, a real ordeal began.

On the internet, among the official pages of Rockstar Games, Facebook, Reddit, and information portals, various solutions were proposed everywhere that obviously did not work. Updating the BIOS, Windows, deactivating the antivirus, removing any USB device that, for some reason, could conflict with the Launcher or with the game, removing the Launcher user data to start from scratch, and so on put. Nothing, Red Dead Redemption 2 didn’t want to know about leaving. At least until November 7. The release of another launcher update and a patch of about 3 GB for the game.

A story is perhaps useless for evaluating the PC version of Red Dead Redemption 2 and its performance. But it also seemed honest to possible buyers of the first hour to warn of the problems of the youth of this port. Which then are precisely these problems, not only of youth but related in general to the world of gaming on PC. Which pushes a certain slice of users to purchase consoles. But these are talks for other shores.

Red Dead Redemption 2 on PC. As we said in the title, is truly ” breathtaking. ” Playing it even only in full HD with balanced graphics settings, or even going a little further, tends to leave you speechless. Perhaps the prologue on the snow is not the best way to judge the graphic potential of the game, so much so that after a few hours from the official launch.

If the snow and all the dynamics of the first hours of the game did not convince, just set foot in Valentine. The first real country we visit, to radically change your mind. It was enough to open photo mode (F6) during a moment of gameplay and enjoy the scene from different angles.

Needless to hide it, though: Red Dead Redemption 2 from a graphic point of view is a particularly demanding game. The mirror issued by NVIDIA itself makes us understand that playing it in 4K on PC, without, among other things, going to great details, requires a video card that is the best case costs you € 1,300, confirming once again that the cheapest way to play in 4K is an Xbox One X. But those who want to play it on PC aren’t doing it just for 4K. It’s mostly about frame rates, and actually playing Red Dead Redemption 2 at 30 or 60fps makes a monstrous difference.

In our case, we tested it with two different configurations: with a gaming laptop equipped with NVIDIA GeForce RTX 2070 Max-Q video card and on ASUS GS30 with RTX 2080. Using the balanced mode, present within the same settings of the game. We were able to get 70 fps on average, all in full HD. On RTX 2080 with Ultra details, the average fps reach about 67, with a maximum peak of 143 fps, always in full HD. In QHD, on the other hand, we have an average of 57 fps with maximum peaks of 119. In general, our advice is to aim for the latter resolution, working on the incredible list of available graphics settings, and adjusting everything accordingly.

READ  Fable 4 Everything We Know About the Game

The use of a keyboard and mouse also makes a monstrous difference. Let’s start with the first. During the tutorial, or even taking a peek at the control settings. You can’t help but be surprised at how the hell it was possible to play Rockstar’s open-world with a simple controller.

Then, with the mouse, aiming becomes something else entirely, giving a whole new sense to the first-person mode. Using the V key, you can cycle through the various viewing modes, including the first person one. Which allows, in certain situations, to appreciate some truly sensational details. In some ways. The mouses use also makes it almost useless to use the Dead Eye, that slow-time fire mode that allows you to highlight enemy points simply by passing over the cursor and always fire at a slow time. You will be fast enough to aim the classic way!

RDR2 is probably the heaviest game on the market to date. There is no GPU capable of running it stably at 60 FPS in 4K at maximum details. More generally, it can be said that you can expect considerably lower performance than your own hardware gets in other games. My configuration, now reasonably outdated but capable of running titles like Witcher 3 and Batman Arkham Knight in FHD60 without problems, has to make several compromises to obtain a stable framerate at 60 FPSHoweverthe points.

However, the point is that a comparison with other titles can be misleading and unfair to Rockstar. It is true that every game, for the good orb, the ad is a story in itself. Still, the quality of RDR2 is tough to find elsewhere – both purely graphic side and in terms of interaction-the the richness of detail, ls, and meticulousness of the recreated environment – also in function of the large size of the game map. So yes, it is likely that even those who have spent over € 1,000 on a GPU will have to reduce some parameters of the settings – and others will not even be able to get close – but it remains one of the most amazing and spectacular engines seen so far.

Putting everything to the maximum has a devastating impact on the framerate. It has more than half of my benchmarks. If on my system “Quality 7” (the most extreme of the 21 presets) guarantees around 40 FPS, the “real Ultra” barelreachesch 20 – and even worse if you bring the advanced settings to the maximum.

MSAA aside, there isn’t one metric that is clearly more responsible for performance than the others. Some affect a little more, others less. The three voices that can be lowered by one step and guarantee tangible improvements in the framerate, without major quality losses, are Reflection Quality, Water Quali, ty, and Volumetrics Quality. On my setup, these tweaks applied to the highest preset of all increased to 5-7 frames per second on average – and approached 50 FPS. Not ideal, but enough to play well without frustration. Which on my system settled at 55+ FPS (but in FHD, not 4K). Finally, the configuration suggested by the NVIDIA GeForce Experience is also noteworthy. Which brings some qualitative improvements and still maintains an almost perfect framerate.

It’s no mystery that the launch of RDR2 for PC didn’t exactly go smoothly. Several users have not been able to access their game for several days, there have been countless reports of crashes and other more or less serious bugs. I was lucky and was able to play right away, but I had my series of setbacks. For completeness of information, here is a list – probably not exhaustive – of everything that has emerged in these first days:

So far, Rockstar has released three patches for the game, each weighing around 2GB. The most recent seems to have been the most important – not only did it lead to a modest but still tangible performance boost. But apparently, it fixed bugs with particular combinations of CPU and GPU (NVIDIA, mostly) that made the game substantially unusable. Unfortunately, bad experiences on day one are nothing new nowadays. Iff is understandable by calculating how complex video games and related hardware have become on the one ha. On the other ha. Those who have spent more to play immediately will inevitably do struggles to understand the other bell’s point of view. However, what is perceived that rockstar is working to solve the problems that have emerged so far and that the most serious ones we have now left behind.

RDR2 allows the player to treat it almost like an FPS, controlling it with keyboard + mouse and setting the first person view. Involvement during shootings inevitably improves a, and, in a sen, see, also the level of difficulty, especially when fighting on horseback. The fact is that aim assist when playing with the pad is so efficient that it almost eliminates the challenge. Even looking for headshots at all costs, often a fundamental requirement for obtaining the gold medal in missions is a reasonably trivial task: after that-aim has locked the target, tap upwards with the analog stick. Left.

Outside of the combat phases. I found the joypad more comfortable. This is true in a single player, but when playing online, the pad is basically forgotten. Time does not slow down when Dead Eye is activated, nor when choosing the weapon or item to use. Additionally, the auto-aim has a merciless response time compared to skilled human sniper gamers. If, on the other hand, you are only interested in a single-player, it is not so fundamental.

Whatever the input device, however, the first-person view is best left where it is. Our character moves in a realistic, third-person” way, not with a native FPS fluidity like Doom and company. It can bring its advantages in a comb. But it does not counterbalance the inconvenience in all other situations (especially on horseback). However, there is a chance to choo from.

Little remains to be said. The Red Dead Redemption 2 PC port has those classic youth issues that could go on for a few more weeks. However, this should not discourage you too much: several updates have already been released. A large community of modders is already forming ready to expand the game, and slowly, the situation will inevitably improve.

Of course, if you have an older PC or if your video card is not at the top anyway. You might consider buying it only later. When you will be able to play it at graphics settings and at a more satisfactory frame rate than what you would get on a PS4. or an Xbox One. Removed the problems remains a stratospheric game. Which thanks to the more powerful hardware of the platform in question, manages to push even more on the graphics. So, which, thanks to the help of a mouse and keyboard, you can play even better than on consoles. Therefore, it is difficult to advise against buying it.

The presented review will serve as a high-quality and reliable guideline in a motley variety of useful and not very...